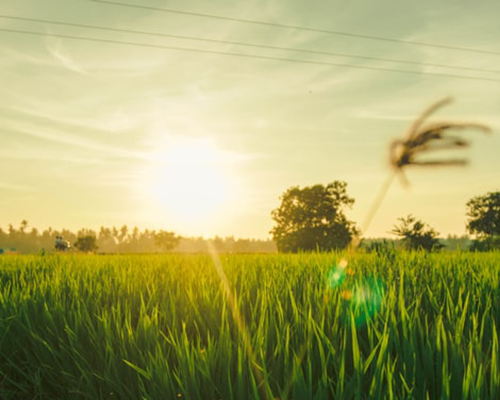 This piece is written in the middle of rage and fury, in the afternoon of 31st August 2019. I am in rage not only by my life events but also due to the frustrations for the past 13 years, after I started to learn about life.

I guess all Malaysians know what I meant by saying ‘clean’ – zero corruption. To be honest, this is a near idealistic demand that might take forever to achieve. Democracy needs the support of majority, and the fuel for such support is usually money. Given the limited amount of resources available, Malaysian politicians usually resort to misuse of power to gain financially to keep the machinery going. From those corrupted practices, we have witnessed lots of repercussions, including unfinished projects, bloated budgets etc. Those are complete wasteful of the already limited resources.

Aside from dirty politics, I really wish our politicians have the vision and will for better development planning in order to safeguard the sustainability of Malaysia’s abundance in natural resources. For the past six decades, Malaysian government relies heavily on oil income to keep prices down and to boost economic growth. Fuels are heavily subsidised while road transportation still relies heavily on fossil fuels and public transportation is no where close to most residential areas. At the same time, I am still waiting for the enforcement of smoking bans around eateries.

Malaysia is a secular country with Islam being the official religion. By being ‘nice‘, all I am asking for is to stop playing with the two Rs for personal gain. The two Rs are ‘Race‘ and ‘Religion‘. Stop being a hypocrite who in the end calling for unity.

When I said this, racists and supremacists are going to jump to my face waving Article 153 in Malaysian Federal Constitution. Article 153 indeed safeguards the position of ‘Malays’ but it should have its limit when it comes to implementation. Why are the welfare of indigenous people in East Malaysia and Orang Asli in West Malaysia not as taken care of as the majority? This is due to the flaw in democracy system, where whoever plays the majority card wins. Given Malaysian population is dominated by over 60% of ‘Malays’, whoever wins that 51% can be a winner, by totally discounting the rest of the population. While the original intention of Article 153 is a temporary clause that should minimise the effect of British colonialism by closing the welfare gaps between ethnic groups, politicians are using that article as a political tool to garner majority support and indulging in supremacist dreams. To add to the pain, politicians often termed the minorities as ‘guests’ and the majorities are kind enough for ‘sharing’ resources.

For the minority political parties, politicians equally use the Race card to collect the small amount of voters behind them, yelling the slogans of “I-will-not-let-you-lose-your-identity”. Malaysia is 62 years old today, and it is a long time for any one to remain unchanged. 62 years is a long long time for any cultures to assimilate with one another. In my opinion, in order to appreciate your blue identity card (IC), holding on to your roots and ‘home culture’ will not help in the integration into Malaysian society. At the same time, do not forget that the Federal Constitution guarantees the freedom of practising variety of cultures as long as they are not illegal or criminal. After six decades of distrust towards the politicians mentioned in the previous paragraph, a simple introduction of Seni Khat in school curriculum is seem to be an invasive act towards individual culture. While at the same time, the general proficiency level of the national language among non-Malay Malaysians are lower than desirable.

If the ‘Race’ card fails, politicians will use the ‘Religion’ card. We are all aware that preaching to a Muslim is illegal. However, there are politicians treating other religions especially Christianity as arch nemesis. As a result, tension between religions followers are mounting and hatred is mounting. In fact, there are people who are so weak in their faiths (vampires probably) that they tremble at the sight of a cross. We also witnessed the missing of pastor who was allegedly proselytising to Orang Asli. Without even understanding the ICERD accord, Malaysia chose not to ratify it due to fear of ‘weakening’ Islam position (seriously?). Do remember that Federal Constitution guarantees Malaysian the freedom of religion but you can never convert from Islam (at least not legally).

Number one, I want Malaysians to raise our standard of clean and good governance. I know most Malaysians love the concept of “buy-1-free-1”, including myself. However, do you know that is bribery? While we all know bribery is no good, we should refrain ourselves from giving it for the sake of ‘fasten’ the processes. On the other hand, while we are working within our job scopes, we should not have asking for ‘side income’ in order to fulfill our obligations. I still remember I had to pay a fee in order to attend a drug talk back in New Zealand, but in Malaysia I was being rewarded with lavish food to attend one. Yes, I attended quite a few, hence I will never claim myself for non-corruptible, unlike saudara Lim.

Number two, I want Malaysians to learn more about environmentalism and efficient use of natural resources. Malaysia is being blessed with plenty and numerous natural resources, but we Malaysians are being pampered for many years until we do not know to appreciate non-renewable resources. For example, a single teh tarik ikat tepi will require two pieces of ‘disposable’ plastics. It is called ‘disposable’ because Malaysians tend to just fling them out and never care about where they go later. Talking about rubbish dumping, Malaysians are known to rebel and pile a pile of rubbish under the “Do Not Litter” sign.

Apart from the minority bigots, I think (God bless Malaysia) general Malaysians are still nice. To put it simply, racial slurs are a practically rare commodity, outside of online commentary section (Facebook comment sections are virtual battleground for all kinds of horrible and inhumane slurs). While the politicians are working hard to clash the people, Malaysians in social media are fighting back by sharing heart warming stories and quickly debunking the hurtful claims.

My ultimate wish is, let all our Malaysians be law abiding and do not forget that we all share many common values, despite the differences in origins and a lot of other properties. I want a better tomorrow, and I am working hard to achieve it. I am not doing this for myself, as I would rather just sleep and do nothing. Yet I find myself feeling guilty constantly for not doing my parts.

One Reply to “I Want My Malaysia Nice and Clean”